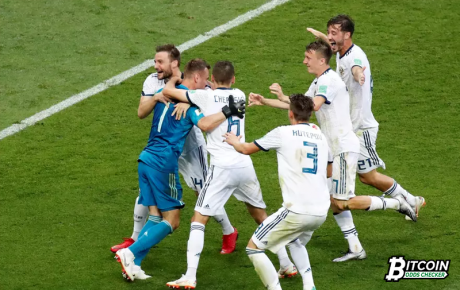 Spain is knocked out of the Round of 16 after losing 4-3 in a penalty shootout to Russia. The hosts forced a 1-1 stalemate as a result of impeccable defending. Even if the numbers say that Spain is the more dominant side, they paid the ultimate price for holding onto a nonthreatening dominance. The Spanish squad made the mistake of passing the ball around the defensive third and the midfield for too long without actually creating proper chances. As a matter of fact, if it weren’t for Sergei Ignashevich’s own goal, Spain would have left earlier.

The hosts equalized later thanks to a leaping Gerard Pique who flung his hand into the air while defending a first-half corner. Artem Dzyuba took the spot kick and sent David de Gea the wrong way to even out the game.

After recording more than 1,000 passes in the match, Spain did not do much justice to their match stats. They were only able to register a shot on target in the 45th minute of the match and suffered a 40-minute drought in the second half before recording another one.

Isco was off to a good start threatening the game in the opening stages. His performance declined slowly after putting a number of passes out of play. For the most part, Spain passed the ball around the defensive third, which didn’t intimidate the Russians deployed in defense. In the end, the passing strategy of the Spaniards and backfired.

Two hours later with no further goals from both teams, the game headed to penalties. David de Gea’s was given an opportunity to step up in the penalty shootout and redeem himself after his blunder against Portugal. However, the unforgiving spot-kicks of Russia were too much for him to handle.

For Spain’s takers, Koke and Iago Aspas’ penalties were denied by Russian captain Igor Akinfeev, who was also responsible for denying Spain a few looks at goal.

This is football, and regardless if they were the better team on paper, anything can happen. Spain will go home after Russia reminded them of that. Ultimately, they reminded Spain never to forget the second goal, which is the oldest of all World Cup lessons.

Russia joins the list of teams heading to the quarterfinals. They face Croatia on Sunday, who also had to play 120 minutes and take part in a penalty shootout. Meanwhile, Uruguay and France will continue to the quarterfinals as well after sending Portugal and Argentina home, respectively.