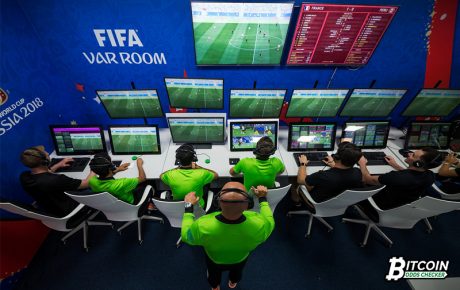 The 2018 World Cup is the first to see the introduction of the Virtual Assistant Referee (VAR) technology. This is a monumental moment that could forever change the game. However, a piling number of penalty kicks and questionable calls has made the players, coaching staff, and football fans begin to raise concerns if the VAR is a system that will improve the beautiful game.

Video refereeing has been looming football for years, ever since Frank Lampard’s clear goal in the 2010 World Cup against Germany was disallowed despite the ball clearly crossing the line.

What is the VAR?

The VAR team aids the decision-making process of the referee in the following situations:

In the entire duration of the match, the VAR team constantly monitors mistakes related to these aforementioned scenarios. They will communicate with the referee only for evident errors made and serious missed incidents. The referee can delay the restart of play at any time to communicate with the VAR team. Should the referee decide that the incident is reviewable, the referee would initiate an official review by making a signal outlining a TV screen. The referee then makes a decision based on the video received from the VAR team or personally review the incident at the designated referee review area.

Even though the VAR technology was introduced to eliminate human error in the game, it still creates a handful of issues, which involves the following:

Currently, the VAR might look like a double-edged sword that resolved past issues but introduced controversies of its own as well. Knowing that the technology is new to the game, we are bound to see more changes to the system that can eliminate these issues. In the meantime, we have to accept that the VAR is now part of the game in pursuit of fair play.

Looking to bet on Round 3 matches? Find the latest Bitcoin soccer odds here.