2018 FIFA World Cup Statistics: What You Should Know 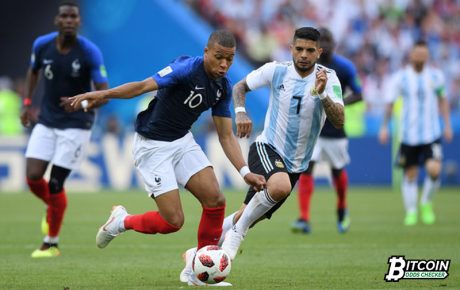 The 2018 FIFA World Cup never seems to run out of surprises. One upset after another, late goals, record-setting goals, and endless action keep us fans at the edge of our seats. Before advancing to the quarterfinals, we look back at some of the statistics of the tournament:

Brazilian football icon Pele is the fourth teenager to score multiple goals in a FIFA World Cup game, which happened some 60 years ago. In 2018, Kylian Mbappe became the fifth.

The only Asian team to advance to the knockout stage, Japan, was stunned after Belgium overturned a two-goal deficit and took the win with a late goal in stoppage time. It’s been 48 years since an occurrence like this happened in the World Cup, and Belgium will surely enjoy this win as they head to face Brazil in the quarterfinals.

Over 40 million people in attendance–that is the combined attendance the World Cup reached thanks to the match between Sweden vs Switzerland game. The tournament record attendance is as follows: USA 1994 with 3.59 million, Brazil 2014 with 3.43 million, Germany 2006 with 3.36 million, while Russia 2018 now records 2.58 million spectators.

Of all the 146 spine-tingling goals scored at the 2018 World Cup, 31 of those goals have been scored after the 80th minute, some of which are very crucial goals.

The introduction of the VAR single-handedly changed the flow of the game. We now see more apprehensive defending inside the penalty box, and players can’t easily get away with indecisive challenges. The VAR also helped justify calls and penalize players at fault. As a result, the numbers of penalties in this year’s World Cup skyrocketed to 28 from 2014’s 13, 21 of which successfully converted.

10 own-goals this tournament breaks the record of six own-goals set at France 1998. Morocco was the last team to net one in the 95th minute against Iran, while Russia’s 38-year-old defender Sergei Ignashevich became the oldest player to score an own goal in the competition.

Mexico commenced their 2018 World Cup campaign on a high after beating defending champions Germany. But, once again, Brazil denied the Mexicans a chance to move past the round of 16. 7 consecutive World Cups have ended in Mexico packing just before the quarterfinals. In seven-and-a-half hours of football against Brazil in the competition, Mexico has failed to score and conceded 13 times.

This might just be England’s World Cup as the recently broke a penalty shootout spell after beating Colombia. Captain Harry Kane has 6 goals in the tournament so far, matching Maradona’s World Cup record. The 24-year-old Tottenham Forward also tied the England record for goals at an edition of the tournament held by Gary Lineker at Mexico 1986.

Colombia Yerry Mina became the first defender in the World Cup history to score 3 goals in 3 successive appearances, all coming from headers off corner kicks.

To bet on the quarterfinal matches, check out the latest Bitcoin soccer odds here.